Matthew 27:50-54
50 And when Jesus had cried out again in a loud voice, he gave up his spirit. 51 At that moment the curtain of the temple was torn in two from top to bottom. The earth shook, the rocks split 52 and the tombs broke open. The bodies of many holy people who had died were raised to life. 53 They came out of the tombs after Jesus’ resurrection and went into the holy city and appeared to many people. 54 When the centurion and those with him who were guarding Jesus saw the earthquake and all that had happened, they were terrified, and exclaimed, ‘Surely he was the Son of God!’

What happened when Jesus died? When he cried out his last utterance, when he committed his spirit to the Father. As Jesus breathes his final breath, a sequence of miraculous events happen. Such power was unleashed that the earth shakes, rocks split, tombs open, dead saints are raised to life, the veil is torn from top to bottom. I would have wondered if the world was coming to an end. I’d be afraid, scared. I’d probably feel guilty, ashamed. Maybe I’d take off, try to run away? I don’t think I’d understand. Knowing what I now know, I think I’d like to be near the curtain as it tore. We are no longer separated from the presence of God. Jesus has become the one sacrifice for all. What atonement for my sin! Now I can also be in the presence of the Holy of Holies. Incredible!!
But where did the disciples go? Where they even there? Perhaps watching from a distance? What were they thinking and doing?
Look at what the people just did to Jesus. Now, even the centurion and other soldiers standing in front of Jesus realize Jesus was truly God’s Son. Did the people doing this to Jesus be-gin to worry about what they had done? What would the con-sequences be for killing the Son of God? They all knew some-thing terrible had happened, but there was no way to go back, no way to undo this wrong.
How do I crucify Jesus in my life? What are ways I betray him or abandon him? Lord, help me fix the wrong I am doing when I do not recognize you as the Son of God. 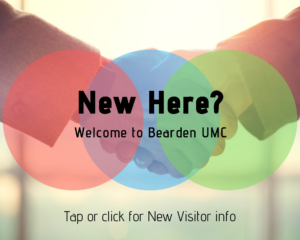